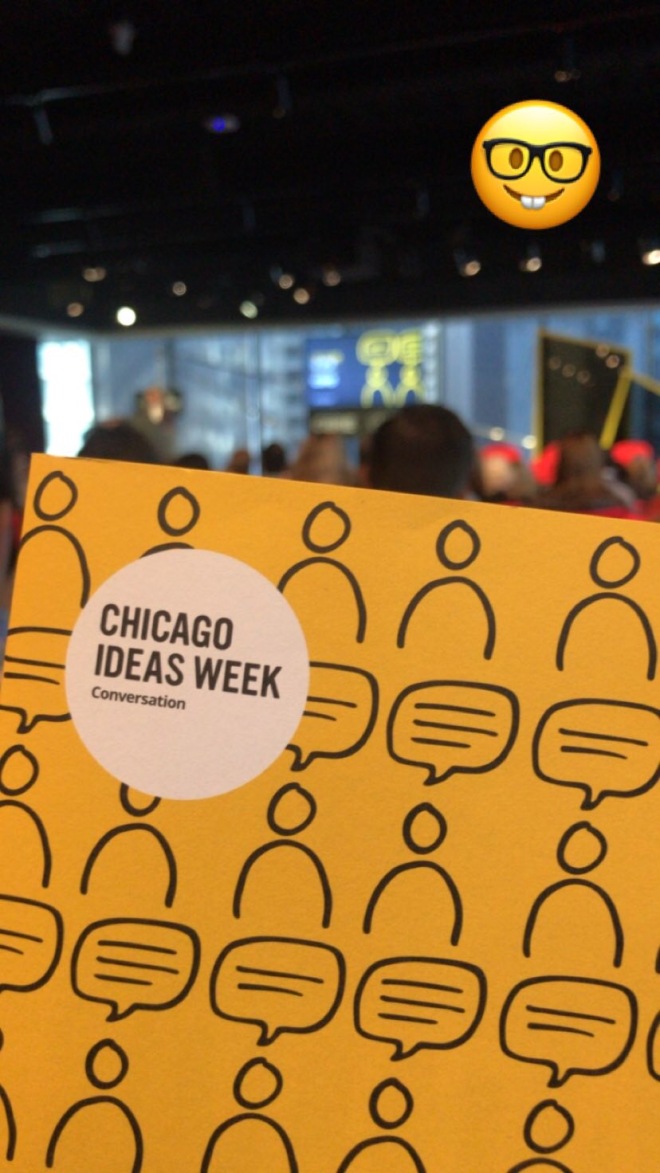 I am lucky enough to have a company that supports Chicago Ideas Week and allows us to attend. They have 88 tailored talks and labs that will pique your interest and get your mind thinking. Chicago Ideas Week is a member organization so I encourage all who can to join so we can keep bringing this amazing week of learning to Chicago.

Here are a few of the sessions I was lucky enough to attend.

The Future of Work

This was an extremely informative session that asked the questions about how robotics, Millennials and technology will change the future of the way we work.  Here were a few key takeaways and thoughts.

Collaborative Creativity and the Evolution of an Idea

This session was all about how you have to collaborate with other people to bring creative ideas to life.

Cinespace studio’s is the home to DePaul film students, Chicago Fire, Med, PD and Empire among many others.  I was lucky enough to tour it. It is a bunch of warehouses filled with entire sets.  They are soundproof so they can do construction while they are filming.  There is a warehouse that was designed specifically for Chicago Fire and includes a basement in it.  Every fire scene is shot in this room as it is built with the proper equipment so they are safe.  The entire block is full of cast, crew and equipment everywhere.  It is a really unique place that Chicago is lucky to be the home of.

Re-Designing the way you design with General Assembly

General Assembly is an experiential education company in the web development, data, design and business fields.  This was a lab which was honestly not my favorite.  We took ideas to make an app, drew all of our ideas out and then made them into a workable app.  I understood the concept that all ideas are good ideas and if something is crazy you can redesign it to see how it can work. You also have to work with your client to see how you can implement their ideas to work best for the end user.

If you get an opportunity to attend Chicago Ideas Week next year I highly recommend it!